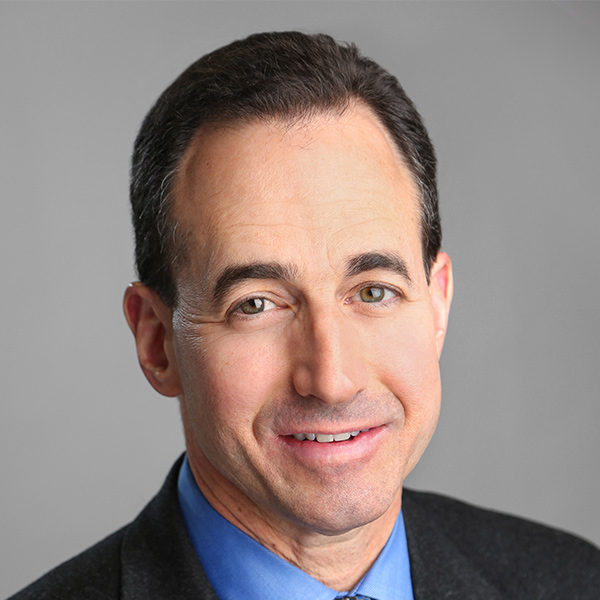 Dr. Marwa Adi was featured in an article published by AMSURG about her perseverance, belief in education and community involvement. She has been a leader in the ophthalmology industry for many years.

This article first appeared on the AMSURG website, September 16, 2019.

The career paths of successful surgeons are not always the same. Marwa A. Adi, M.D., FACS had to work harder to complete her training in ophthalmology, but her unique path has made her one of the most sought-after corneal specialists on the east coast.

Dr. Adi was born in Damascus, Syria. Her father, born and raised in Hana, was a general surgeon who trained in the U.S. and returned to Damascus to establish a hospital, which is still functioning today. Her mother was never allowed to pursue higher education, so she provided strong support to her daughter to pursue her academic dreams.

Her interest in ophthalmology began early. “I knew I wanted to be an ophthalmologist when I was 19 years old,” she said. “I was very attracted to the anatomy and physiology of the eye. I found the eye to be a fascinating and intriguing organ.”

After completing medical school at the University of Damascus, Dr. Adi came to the United States in 1981 and began her residency in ophthalmology in 1982 at George Washington University in the District of Columbia. The transition was difficult, but she said it helped her persevere.

As a medical graduate from another country, getting to ophthalmology training was harder and took longer for her than for students who studied in the U.S. However, she remained steadfast about specializing in ophthalmology. Initially, Dr. Adi completed an internship in general surgery, the back-up specialty she would have pursued in the event ophthalmology did not materialize. A year of research in ophthalmology followed before beginning her residency.

Looking back, she values her foundation in general surgery because it made her stand out. “I believe my surgical internship was important for developing the right disposition toward disease solving,” she explained. “The skills I received were very beneficial in my ophthalmology training. Most ophthalmologists do internal medicine, so general surgery helped me approach ophthalmology in a unique way.”

Even though Dr. Adi says she never had female physicians as mentors during her residency, her mother provided her with consistent support. “She was always facilitating the next step to help me advance in my career goals,” she said.

When Dr. Adi completed her ophthalmology fellowship, her mother asked, “What do you wish for your career?” Without hesitation, she said she wished to go into private practice with Melvin G. Alper, M.D., a renowned ophthalmic surgeon and neuro-ophthalmologist.

Dr. Alper ran a private practice, now called Washington Eye Physicians and Surgeons, and he was one of Dr. Adi’s clinical professors at George Washington University. Her dream of practicing with Dr. Alper felt too far-fetched to ever become a reality, but she and her mother never forgot this exchange.

For the next decade, Dr. Adi worked at a health maintenance organization (HMO) and in academia. One day, she received a call from the senior partner at the very same practice she once had said she wanted to join. The group was looking for an ophthalmologist with at least 10 years of experience specializing in the cornea. When Dr. Adi’s mother heard the news, she was ecstatic. Her daughter’s greatest hope was becoming a reality.

“Dr. Alper established Washington Eye Physicians and Surgeons in 1954. Fifty years later, in 1998, this practice had never hired a woman or a foreign graduate!” Dr. Adi exclaimed. “I told them, ‘If I join, I want to be a partner, not just an employee of this institution.’”

Having her colleagues recognize her expertise and commitment to patients was one thing, but Dr. Adi found that because she was in a traditionally male-dominated practice, the patients were a little surprised.

“Patients would ask, ‘Who will do the surgery? You?’ But they quickly understood that I was there to provide the highest quality of care, and now, because of the trust I have built with them and the progression of the medical field, I get referrals all the time,” she said.

“This October, I’ll celebrate 21 years of practicing ophthalmology at the medical group. We truly are a family and a part of the community.”

Today, Dr. Adi can see how each segment of her career path played an integral role in developing her skillset, especially the years she worked in the HMO. “I encountered a great deal of complicated pathology in the HMO setting which forced me to depend on myself more. Those years were more formative, experience-wise, than I could have ever imagined. I am very satisfied with the course I took, but it also put me in a different category, and with my subspecialty experience, I became the expert on complex cases.”

Giving Back to the Community

When Dr. Adi is not seeing patients or performing surgery, she enjoys teaching at George Washington University/Medstar and mentoring young female physicians. It does not seem so long ago that she was the very first female cornea fellow at the University of Florida, so she is passionate about empowering women in her field.

“As an educator and someone who is involved in resident training, I try to give my female residents insight about their future careers, and I ask them what they want out of their practice.”

Dr. Adi and the physicians in her practice volunteer each month. They partner with residents to run glaucoma or cornea clinics and provide free or discounted procedures to community members.

According to Dr. Adi, mission work doesn’t have to require long flights. “All charity begins at home,” She said. In addition to caring for patients, Dr. Adi serves on the AMSURG Advisory Board, and she recently began her second term. “With ambulatory surgery centers across the U.S. and thousands of physician partners with different backgrounds and skills, AMSURG recognizes the importance of those different perspectives and experiences,” she said.

“The board is a reflection of the many patient populations we serve, and as a team, we are able to share and implement best practices so that we can continue to advance the delivery of care and improve the patient experience.”

“Their invitation for me to join the board was recognition that they wanted diversity and women,” she stated proudly. She hopes to be a good role model for young female physicians, especially her daughter, who is currently in medical school. Supportive mothers raise successful daughters.

“What really drives me, is the desire to help and be good,” Dr. Adi said. “Every day, I have the opportunity to make an impact on patients’ lives and in the careers of physicians newer to the field – and nothing is more rewarding.”